Theresa Proios-Jewell, President of Legacy Underwriters, Inc., began her insurance career at a small agency right after graduating high school. Theresa obtained her 2-20 Insurance license in November of 1999 and her 1-20 Surplus Lines license in October of 2009.  Theresa is a member of Tampa Bay Mariners Club and was an officer for two years.  Theresa is also a member of the Old Salts Fishing Foundation and is very involved in the charitable events that the foundation conducts.

Prior to joining Legacy Underwriters, Theresa was the Assistant Yacht Manager with a wholesale operation where she worked for just over 12 years.  Her duties at that operation included placing marine business, growing a profitable book of personal and commercial marine insurance business, and overseeing the operations of the yacht department.  During that  time, Theresa built strong relationships with company underwriters as well as her producers. 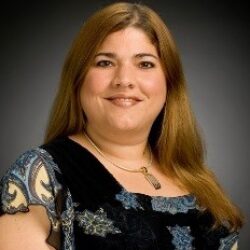 Can't Find What You're Looking For? Send Us an Email